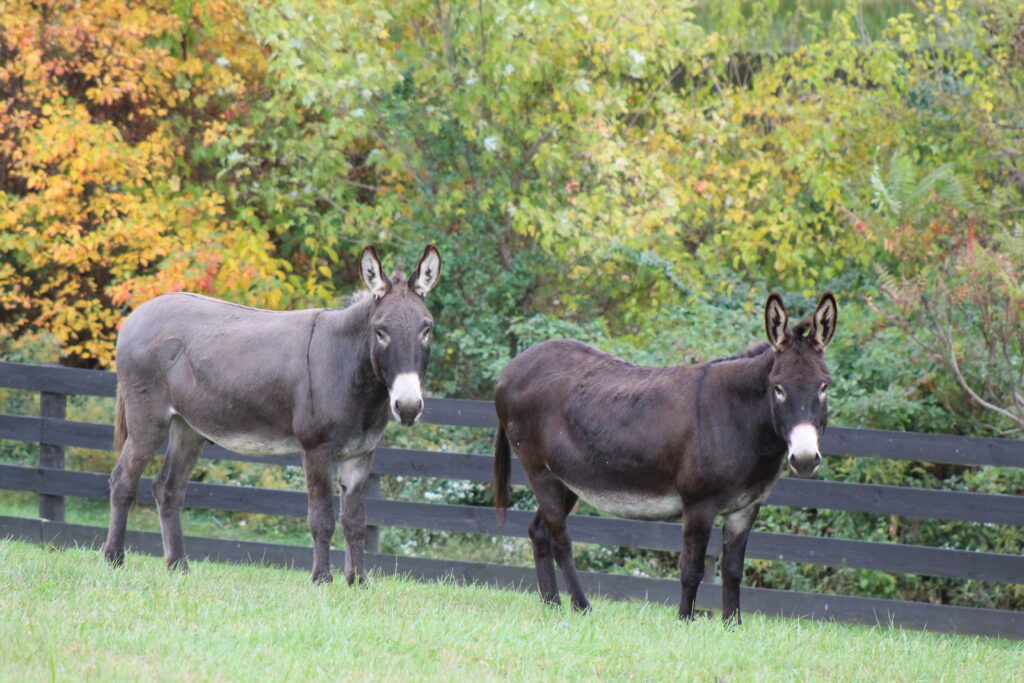 Benson (R) and Houston (L) were part of a group of standard donkeys rescued from a kill pen in Texas in December 2015. They were slaughter-bound, turned away at the Texas/Mexico border because they were (at that time) still jacks. All three were in rough shape, with many skin ailments, such as rain rot and mud scald. They were thin, malnourished and very shy. This rescue was a coordinated effort among several rescue organizations. Both were gelded after rescue, and have made great progress.

Benson and Houston are best friends.