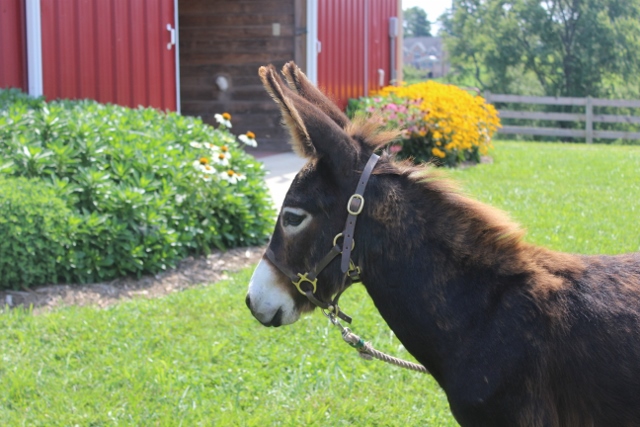 Baby Joey came from the auction in early May, 2014.  He is about 16 months old and was still nursing on his mom, Sadie.  They were both very skinny, though it was harder to tell with him because he was so fluffy.  His feet were terribly long, but, somehow, he was in reasonably good health.  He is incredibly calm and personable and looks like he will mature around 36 inches or so.  He has been gelded, and weaned from his mom, and has since, buddied up with Teddy.  They must be adopted together.