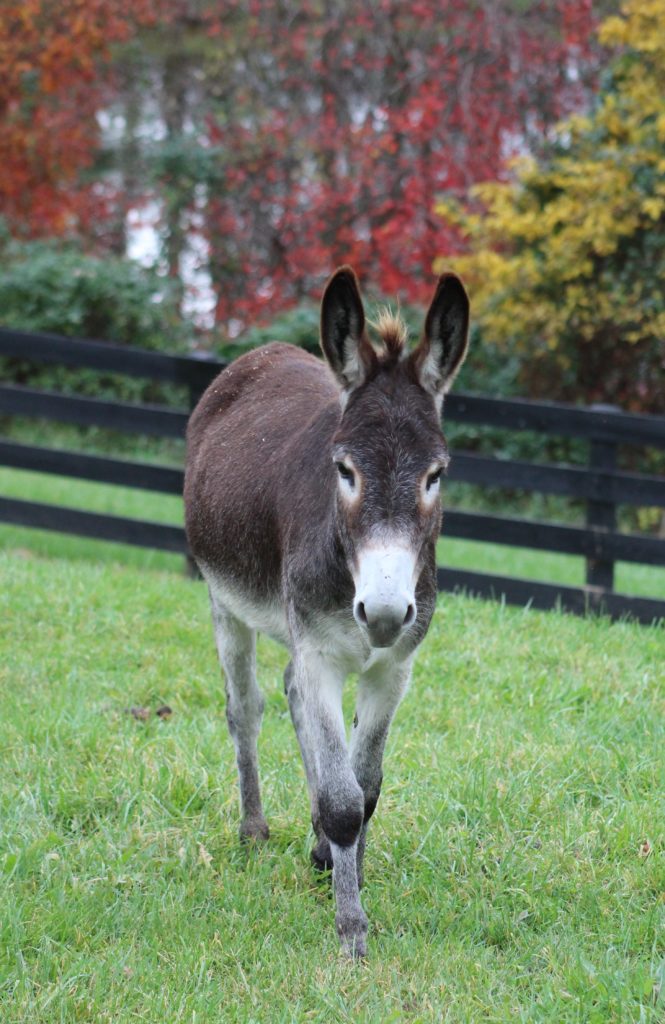 Julian was living as a sheep guardian, and had not been gelded nor handled much. When Julian started hurting the sheep he was purchased to guard, his owners surrendered him to us in late 2017, when he was about 2 years old.  He was frightened of people, and hadn’t spent any time with other donkeys since he was a very young baby.  But Julian proved to be easy to bring around.  He is smart and willing, loves people, and gets along with other donkeys very well.  Julian is super playful, and enjoys running around and wrestling with the other geldings here, especially Simon.

In Spring 2019, specialists at the Marion duPont Scott Veterinary Medical Center in Leesburg, VA diagnosed Julian with very aggressive sarcoid tumors under his left eye.  The vets recommended a specific radiation therapy (brachytherapy), available “locally” only at the New England Equine Practice in Patterson, NY, almost 300 miles away from our farm. We brought Julian to the radiation center for weekly treatments throughout Summer 2019.  We are happy to report that the radiation therapy appears to have been successful.