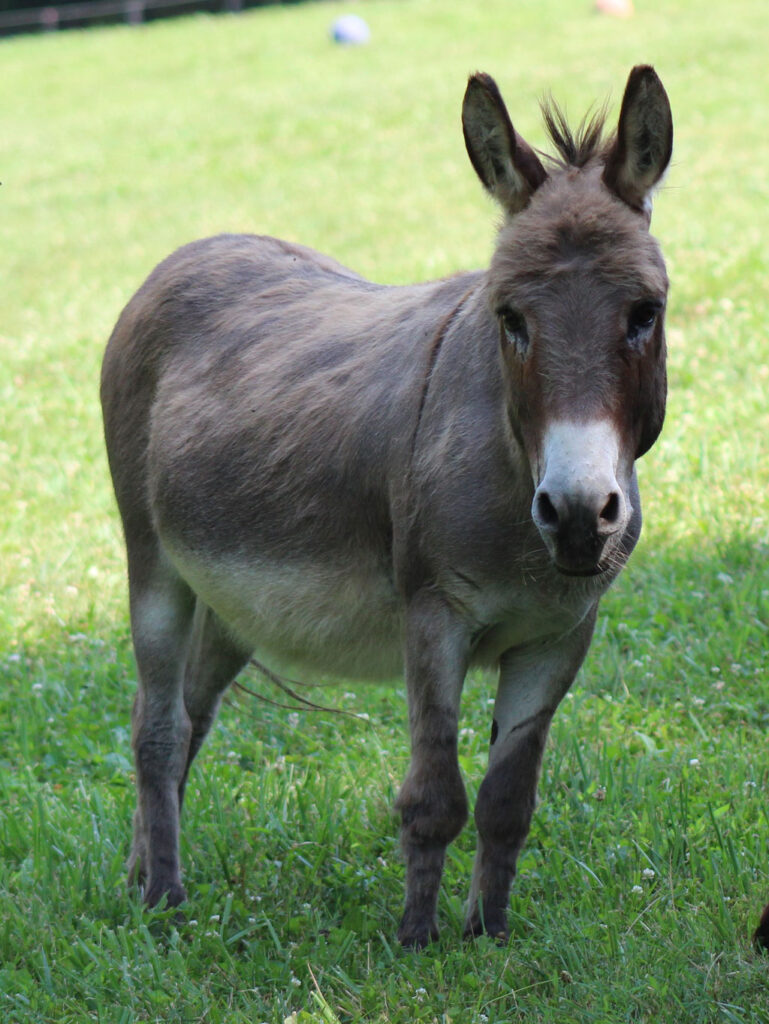 Leo was rescued in Summer 2019 when he was in his late teens. Like so many others, Leo had not been gelded and had barely been handled, leaving him deeply suspicious of people. After Leo was gelded and exposed to other donkeys in a herd setting, he settled down quickly. Now he and Chocolate – with whom he has a lot in common! – are fast friends. They are helping each other build confidence and allay each other’s fears, just as good friends do everywhere.