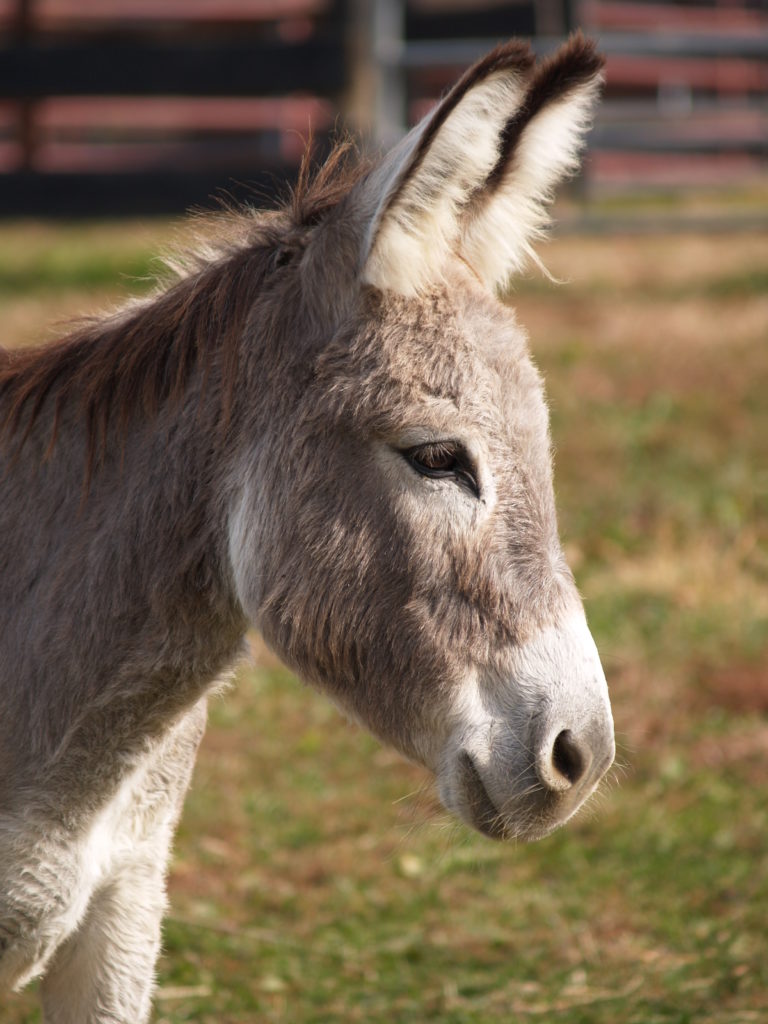 We rescued Stella from the New Holland, PA auction in October 2016 along with her nursing baby, Xena, and another young, starving donkey, Angie. Stella, who was about 11 years old then, was in pretty terrible shape.  She was extremely malnourished, and she became very sick with a gastro-intestinal virus shortly after she arrived.  She had to spend some time at the Marion duPont Scott Veterinary Medical Center in Leesburg, VA to get well.  During her stay there, we also discovered that she was pregnant!

She made a full recovery, and when she returned, we concentrated on her health and nutrition in anticipation of her new baby’s arrival.  And on July 27, 2017, Stella gave birth to a healthy baby boy we named Duncan.  Stella now plays the role of matriarch, and is a steady, calming presence to the other jennies.  Read more about her story as one of the “Three Auction Jennies.”