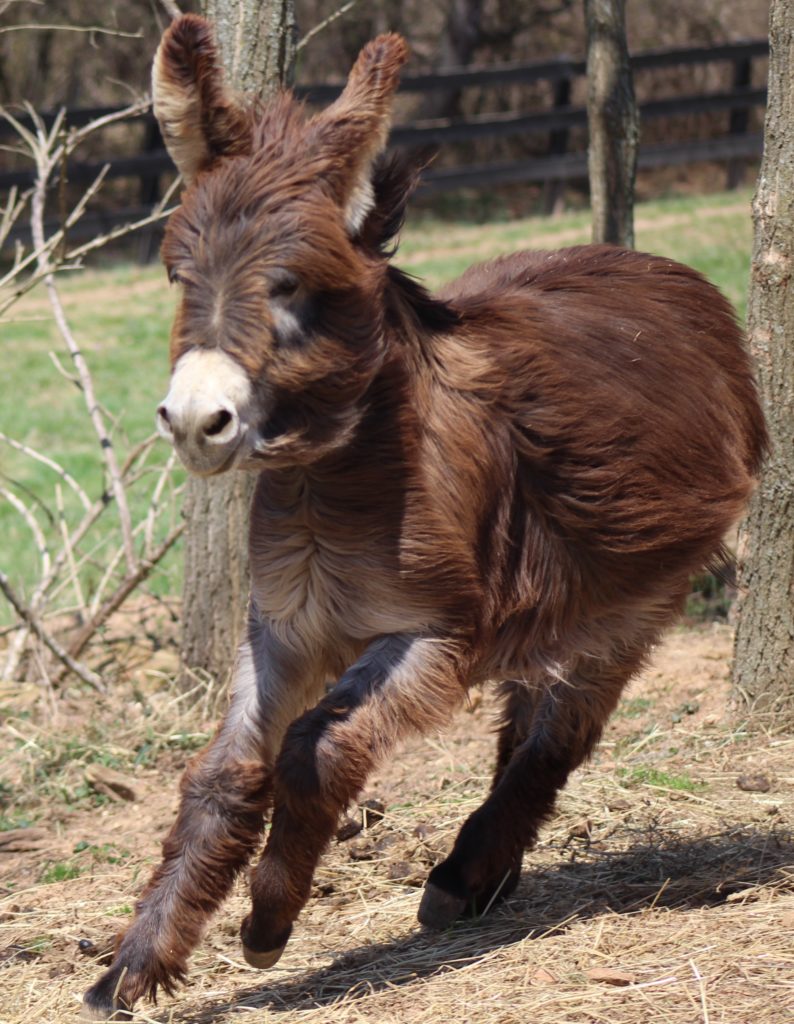 Duncan, who was born at the Rescue on July 27, 2017, is among the lucky donkeys: he has never known the type of abuse and neglect that his mother, Stella, did.  Duncan was an exceptionally fuzzy youngster! His coat was so fluffy that we jokingly called him “Fabio,” after the actor. We had no idea what color his coat would be under all that fuzz. (His coat turned out to be roan.) He and Piper, who was born here about 2 months later, are almost inseparable. Like many “siblings,” they spend their days playing with and gently pestering each other – along with everyone else!